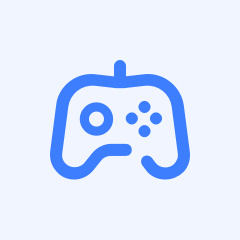 A familiar recipe, a familiar name, a sequel to a classic horror game, the third installment of the FNAF series, is here. Thirty years after the closure of that ill-fated pizzeria, many people are not sure what really happened there back then, maybe everything was just a phantom or a rumor, but for the real people who were hurt there, it was the shadow of a lifetime, the experiences were so real, and the dolls left behind hidden in the ruins and darkness, reminding you every moment that it is, far from The end.
You will play as the new night security guard in the game and must survive 5 nights in this place! An eerie atmosphere fills the air and as you look ahead you worry that something will suddenly appear in front of you. In the game, you have a wide window in front of you that has such a good view that sometimes you can see Freddy limping up to your door, see the new guy staring at you and then darting away, or even see him sprinting towards you while trying to stay hidden. Remember, in Five Nights at Freddy's 3, there are two endings, a good ending and a bad ending. The bad ending doesn't want to talk about it, the good ending requires playing the mini-game every night and going through the mini-game the right way to trigger it.
Are you confident that you can successfully make it through 5 nights here? When the scary mannequins come, do you have enough courage to face it?Five Nights at Freddy's 3 is a horror survival game with realistic game graphics and scary game sound effects add more fun to the game and will bring you a scary adventure. If you're a fan of the horror genre, then the FNAF series will bring you a surprise! 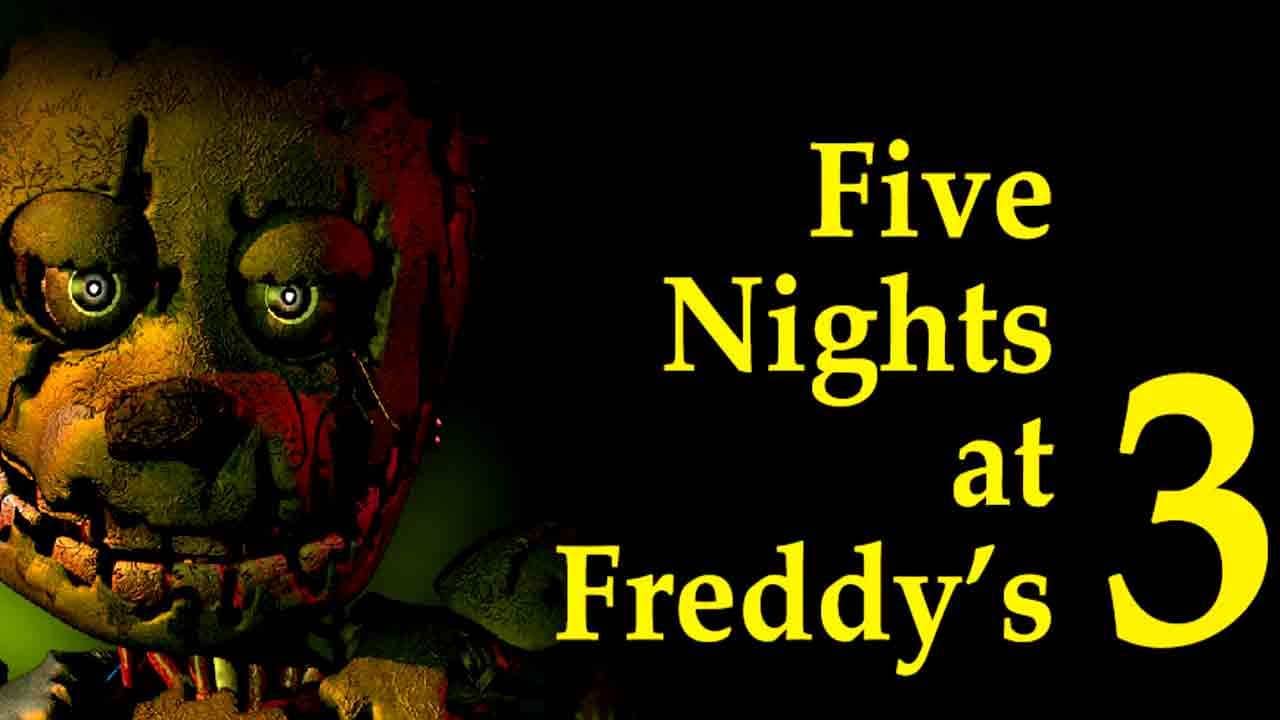 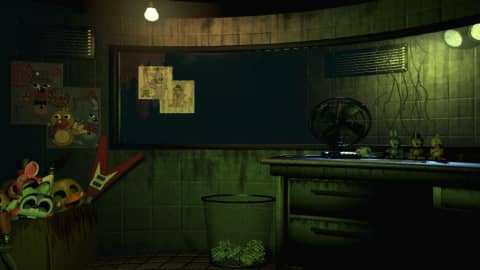 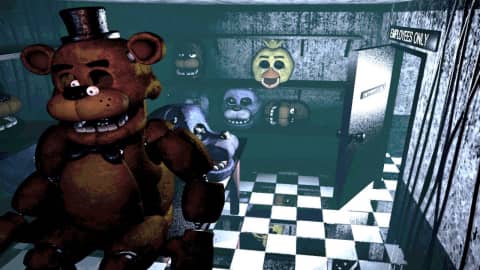 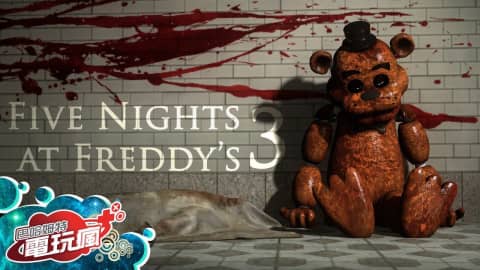 Players will play as new night guards who must stay in the security room between 12am and 6am and start the game from a first-person perspective.
First of all, this game is very somewhat different from the previous two games in that the teddy bear figures appear in the form of phantoms, such as Foxy, Chica, and BB, which will distract you by scaring you so that the new characters can better greet you. Secondly, the new defense system is not very obvious, no more helmet flashlight and surveillance. There are only two main defense systems, an audio system consisting of BB's HI's HELLO and HAHA, and a ventilation fence. The audio is used to lure new teddy bear figures away from you, and you can block certain vents so the teddy bear figures can't climb through, one of which leads directly to your office. After each successful night, a mini-game will appear, the game is the electronic memory of the dolls, through these fragments, the player can piece together the events that once occurred. As the number of nights increases, the game will become more difficult. For example, in the first level, there will not be any teddy bears and phantom characters appear, the player can easily pass. And in the second night, phantom BB and spring rabbit will appear, and players must perform a series of operations to safely avoid them. And in the third night, the spring rabbit moves faster and a new teddy bear figure joins. Later, on the fourth and fifth night, the difficulty will continue to increase, and players will encounter more teddy bear figures, which is very challenging, and every step you take will determine the next moment of life and death!
So far, we know there are good and bad endings. Overall, Freddy's Night 3 is highly playable and challenging, with multiple endings, great content, and a sense of accomplishment with each escape.